This Living History interview features Ambassador Chun Yung-woo. Ambassador Chun was National Security Advisor to ROK President Lee Myung-bak from 2010 to 2013 and was Second Vice Minister at the ROK Ministry of Foreign Affairs and Trade from 2009 to 2010. Prior to that he served as ROK ambassador to the United Kingdom from 2008 to 2009 and head of the ROK delegation to the Six Party Talks from 2006 to 2008. In this interview, Chun reflects particularly upon his experience as Special Representative for Korean Peninsula Peace and Security Affairs and head of the South Korean delegation to the Six Party Talks, a multilateral negotiation to denuclearize North Korea that resulted in two sets of agreements in 2005 and 2007. 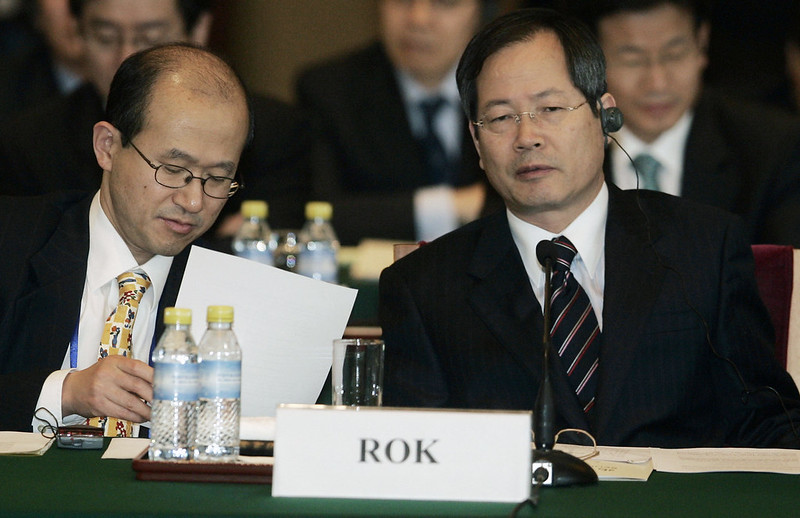 What was the most difficult part of the Six Party Talks?

How did you deal with your North Korean counterparts during the Six Party Talks?

What should the U.S. do to address the North Korean nuclear threat?

What is the future direction of North Korean policy?

Ambassador Chun Yung-woo is the chairman and founder of the Korean Peninsula Future Forum (KPFF). He had a distinguished diplomatic career serving as the National Security Advisor to President Lee Myung-bak, the Second Vice Minister at the ROK Ministry of Foreign Affairs, and the South Korean Ambassador to the United Kingdom. He was also Special Representative for Korean Peninsula Peace and Security Affairs and Head of the ROK Delegation to the Six-Party Talks. In his 33 years of public service, he held many positions including as Ambassador and ROK Deputy Permanent Representative to the United Nations as well as various diplomatic posts in France, Morocco, and Austria.