Efforts to Maintain a Channel of Diplomatic Engagement with North Korea

This Living History interview features Ambassador Joseph Yun who served as the U.S. Special Representative for North Korea Policy and Deputy Assistant Secretary for Korea and Japan at the Bureau of East Asian and Pacific Affairs from October 2016 to March 2018. Prior to that position, he was the United States Ambassador to Malaysia from 2013 to 2016. From 2005 to 2008, Ambassador Yun also served as the Minister Counselor for Political Affairs at the U.S. Embassy in Seoul where he oversaw domestic, regional and bilateral policy coordination between the United States and South Korea.

In this interview, Ambassador Yun recounts his diplomatic experience negotiating with the North Koreans and a series of efforts to maintain a direct line of communication with his counterparts. He discusses in particular his role in bringing back a detained U.S. citizen, Otto Warmbier, from North Korea. Ambassador Yun also offers his personal reflections on the changes in North Korea policy between the Obama administration and the Trump administration, and the impact of the historic summit meeting between President Donald Trump and North Korean leader Kim Jong-un on June 12, 2018. For more on this unique and personal interview, please listen below. 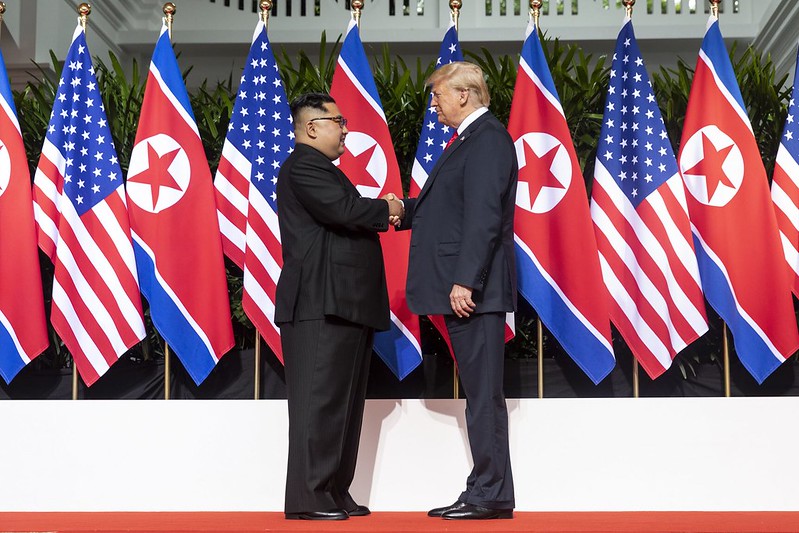 Ambassador Joseph Yun is a senior adviser to the Asia Program at the United States Institute of Peace (USIP). Throughout his distinguished diplomatic career lasting over 33 years, Ambassador Yun served as the U.S. Special Representative for North Korea Policy and Deputy Assistant Secretary for Korea and Japan, the United States Ambassador to Malaysia, Principal Deputy Assistant Secretary for East Asian and Pacific Affairs, and the Minister Counselor for Political Affairs in the U.S. Embassy in Seoul. Ambassador Yun joined the State Department in 1985 and held a number of key assignments in South Korea, Malaysia, Indonesia, Hong Kong, and France. Ambassador Yun holds an M. Phil. degree from the London School of Economics and a B.S. degree from the University of Wales.